You are here: Home / Blog posts / Mental health / 14 things no one tells you about depression 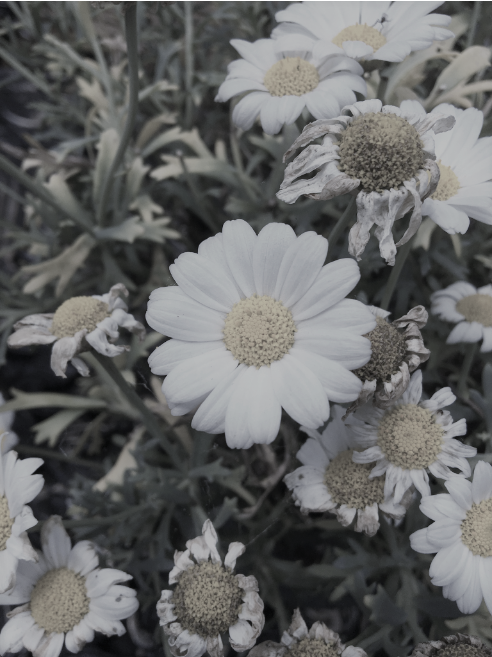 I totally didn’t intend to write or upload this post, but I’m having a really bad day and I wanted to make a post on it. I didn’t really think that I’d ever write a blog post about depression, I know that my blog is mental health, but I just wasn’t ready and still might not be to tell people my story. This isn’t what this post is. Am I in recovery from depression? Have I recovered? I mean, I’m definitely not clinically depressed – which is what I was originally diagnosed with 4 years ago. But I’d say I still have depression a bit. Anyway, not the point of the post. Here are things no one tells you about depression.

Disclaimer – I’m not a medical professional, this is based on my experience with depression.

You lose friends and it hurts

I’ve always heard the saying “If they aren’t there at your worst, they don’t deserve you at your best” and while this is very true, it doesn’t take away the pain. It’s the pain of thinking they are your best friend, but the minute it starts to get hard, they can’t cope. If they can’t cope, imagine how the person with depression feels? I know that it’s hard to be around negative people, but it’s also very hard to be around overly positive people – especially if they don’t know how you are feeling! I don’t think I’ll ever get over the pain of your best friend of 8 years or 5 years or any years really, just ditching you because you’re too depressed.

A lot of people will advise you to start yoga

Ok, I know that they say it with the best intentions, but yoga will not solve my depression. Maybe it helps some people and that’s great, it really is! But it doesn’t mean I’ll feel any better. Quite a few people, including one of my therapists, told me to relax, take some deep breaths?? It doesn’t make any sense. The thing is, with mental health, different things work for different people. For some, yoga and mindfulness will work, for others, it will be exercise or journaling. THERE IS NO RIGHT ANSWER!

A tiny thing can push you over the edge

This! I felt this so much, I might be painting a nail and I go onto my skin and I would burst into tears. Someone shouts at me or gets annoyed, I’ll burst into tears. Even accidentally pushing perfume off my dressing table. It can be anything and that’s ok.

It’s also ok to not cry. So many people think depression is feeling sad, but you can also not feel a thing. Some days I felt so numb that I just stopped being able to cry. I would be feeling absolutely nothing, I’d just have no feeling inside of me. I couldn’t cry, I wasn’t mad, I was just completely numb.

It’s hard to think about the future

I struggled a lot thinking about the future, I wondered whether I’d still have depression, whether I’d be happy. I wondered if life could get any better or whether I would be stuck with this horrible feeling forevermore. It’s kind of like someone asking about summer plans, but I just wanted to take one day at a time – that’s how I felt with A-Levels and jobs etc.

It’s hard to feel worthy of anything

It was a bit like with anorexia when there would be the voice in my head telling me not to eat. Only this time, it was a depression voice telling me I wasn’t good enough, that why would my friends stay with someone who was so unhappy, that I’m ungrateful and so on. I felt lazy, realistically I knew I wasn’t, but lazy has connotations around staying in bed all day or not showering, and that is exactly what I was doing.

Sure, people say that they are ‘always here’, but it was so hard for me to believe that. I had a tutor that I spoke with at least once a week, I was going to therapy weekly and had a counsellor weekly. I felt that if I reached out, I would be taking up far too much of their time. Why would they want someone all sad and lonely to talk to them? I felt that I would bring them down, and that was not what I wanted to do. So instead, I would take it out on myself.

You feel angry and irratated

I don’t know what exactly I was angry at, whether it was myself, or my therapist or literally anything else. But I just felt so angry all the time. The type of anger that makes you cry. I actually had a stress ball that I would throw against my wall that would make me feel a little bit better. But this is definitely one of the symptoms I had the most.

When my depression was at its worst, my hygiene really suffered. This is something that nobody tells you about, and I thought I was so lazy whilst going through it but I’ve since learnt that others feel the same. I struggled to get out of bed, I struggled to brush my teeth, brush my hair or even have a shower. It was so hard. At school, most of the girls would be wearing makeup every day, whereas I’d just roll out of bed. I’d say it was because I didn’t want to wake up early, it was really because I just did not have the energy.

I found it so hard to sleep, some nights I’d only be asleep for 2 or 3 hours. Eventually, I was put onto sleeping pills and luckily since then, I fall asleep much quicker. But it was very hard. Some nights I’d cry myself to sleep, others I was so exhausted, I was always so mentally exhausted, but I just couldn’t sleep. This led to it being hard to stay awake at school. One of my quick-fix solutions of depression was to sleep – this totally messed up my schedule but it did make me feel a bit better at the time.

Your memory is a bit off

I found that with depression, I couldn’t remember things. Obviously, there is a chance that this was related to anorexia, but even now I’m just not really with it when I have a really bad day with depression. At the same time, I use to remember really specific things.

This one might just be me, or it might be a coincidence, but I always had really bad headaches. Maybe it’s because of the crying? Maybe when my eyebrows crinkled/frowned? Maybe from grinding my teeth? Whatever it was, if I was having a bad day I would likely have a headache too.

You could be absolutely fine, happy even and then one tiny thing happens and you are sobbing, wanting to crawl straight back into bed and never come out. It was so annoying, I might have a really good day with my friends but something would happen and it wouldn’t be a good day any longer. It can be so hard to know whether what you are feeling is real or not. I often found myself fake laughing, I actually forgot what it felt like to be happy so I didn’t know whether or not what I was feeling was actual happiness or not. It’s crazy how fast your fake smile becomes a part of you.

You will feel lonely and isolated

This is a big one, one that I still feel now. Remember those friends that ditched you? You’ll convince somethings wrong with you and that they were right all along. You will start to distance yourself from everyone else, you’d rather it be your decision, rather than go through the pain of losing more friends because of this horrible mental illness.

It is so hard to come back from having depression

The final thing I’m going to talk about is a bit related to the stigma of it. I don’t know what it is, but I still feel lonely and isolated. I just thought that not having clinical depression and an eating disorder, would mean my friends would like me more and we could do normal friends stuff. We could go out for meals, or a picnic, or even a day out. But no one wants to do this stuff with me. I wish someone could have told me how hard it is to create new memories with the same friends, creating new memories with new friends. I just didn’t think it would be this hard. But that is the sad reality of mental illnesses.

Since this is a bit of a long post and I could definitely think of more, I might do a part 2 to this next month ❤

If you are struggling, please know that you can always message me (I truly mean it), call/message a helpline or go to the doctors.