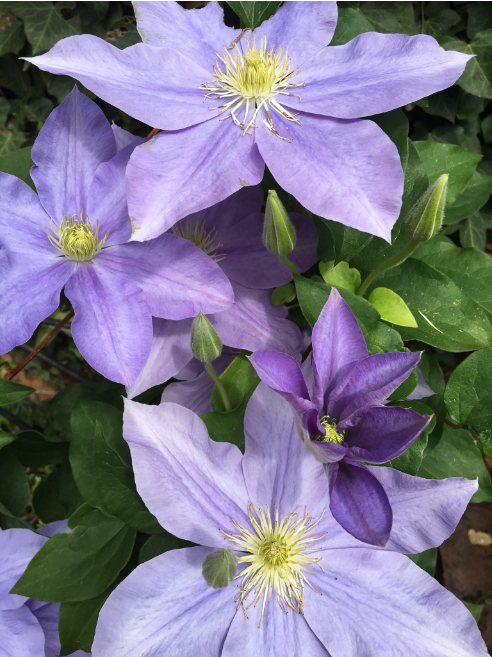 Today is World Suicide Prevention Day…but this shouldn’t be something that is only talked about today or September, we should always talk about it.

I was unsure whether or not to write/upload this post because I don’t want to get any information wrong, but it’s much worse to not talk about it.

I’m not going to share my experience because just thinking about it earlier in the week brought back a lot of mixed emotions.

Firstly, let’s clear some myths up.

It is NOT cowardly of someone to commit suicide, it’s because they feel like they have no other option.

ALWAYS take someone seriously when they mention suicide.

The worst thing you can do is ignore them or just move past it because you don’t think they are going to go through with it. It fucking hurts when people ignore you and what you’re feeling.

You aren’t weak for feeling suicidal.

Not everyone who feels suicidal wants to die.

A lot of people want to live a different life or what to end the pain, not necessarily die.

Feeling suicidal doesn’t have a look.

Often people say that the suicide came out of nowhere.

It probably didn’t. They were probably thinking about it for ages. Whether or not you could see the signs because they may have been hiding it. You might be laughing away, with a big smile on your face but as soon as you’re alone, it can vanish. They may look like they have it together – they could be healthy, have a stable job etc.

Even if the person has lots of friends, they can still feel lonely.

Don’t ever joke about suicide.

Even if you’re just with your friends, you never really know how saying those words may affect them.

Joking about something as serious as suicide can make other people feel invalid and stupid for feeling suicidal.

Signs that someone is feeling suicidal

What you can do to help

Suicide doesn’t have a look. They might not be crying, they might seem happy. You just don’t know what anyone is going through.

envirolineblog
•
Follow
Always take time to stop and smell the flowers 💐 - So so stressed with uni, but these moments in nature help me take breaks and remind me what I’m studying for 🌺 - #smelltheflowers #naturephotography #natureblogger #wildlifephotography #wildlifeblogger #bloggerunder5k
View on Instagram |
2/10

envirolineblog
•
Follow
In love with this dress❣️🌸 - Bought this dress from @vinted but it’s originally from @nobodyschild which makes it an even better purchase! Giving something a second life is already amazing, but from a sustainable company means that it should be made from sustainable materials 🪡 - What’s your fave 2nd hand clothing purchase? 👗 - #sustainableliving #sustainableblogger #ecoblogger #secondhand #secondhandfinds #secondhandclothes #vintedtreasures #thriftedfinds #ecolifestyle
View on Instagram |
3/10 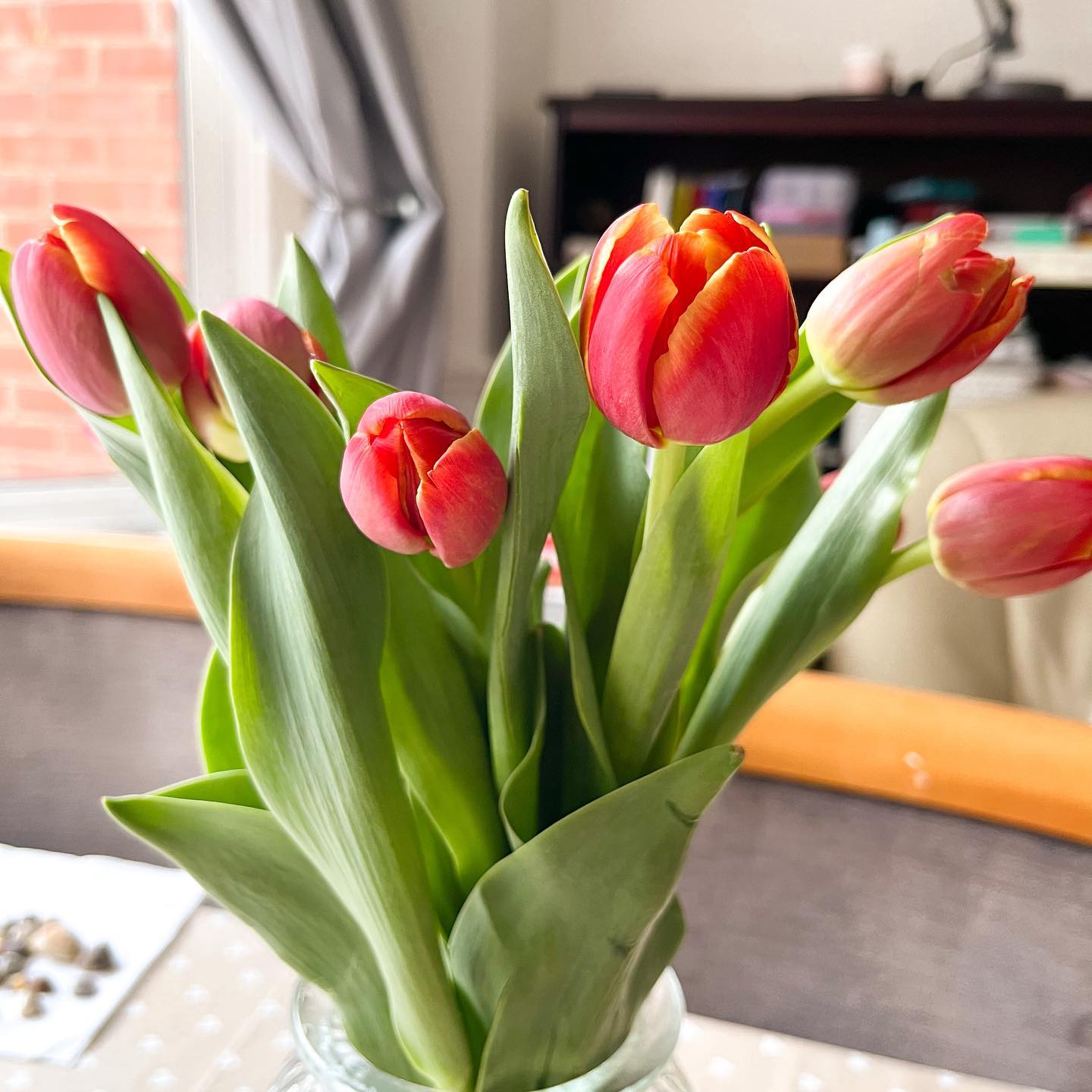 envirolineblog
•
Follow
Some tulips to brighten up your day🌷 - Happy Bank Holiday Monday 💓 I wish I could have the day off to relax, but I have two assignments & two exams this month which I am behind on 😬📚 - What did you get up to today? It’s so gloomy here ☁️ - #tulipsofinstagram #naturephotography #tulipphotography #ecofriendlyblogger #tuliplover #studentblogger #examseason #tulipstobrightenmyday #springsparkles #bloggersunder5k
View on Instagram |
4/10 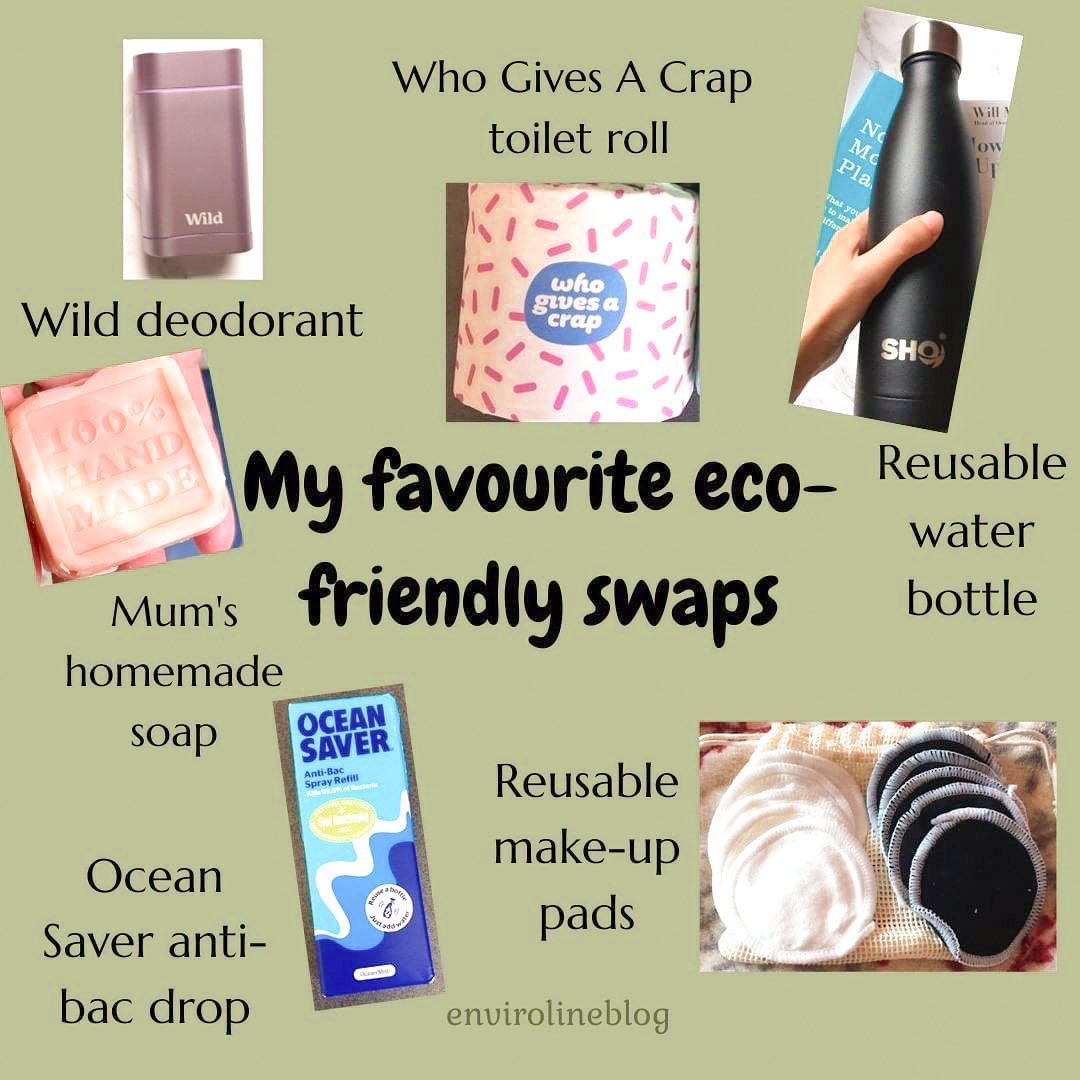 envirolineblog
•
Follow
Today I’m sharing my favourite eco-friendly swaps 🌍 - •Wild deodorant have the best scents 😍My fave is strawberry which is part of the summer collection! 🍓(link in my bio to get a free case) •Who Gives A Crap toilet roll are so worth the money. They have more sheets than standard ones which means they last longer! •Reusable water bottle is an essential for anyone and everyone 💧 •Once you start using reusable make up pads, you won’t go back to wipes. I’ve had mine for over 2 years and are still in perfect use! •Ocean Saver drops come in multiple scents for their different uses. I’m currently using their antibacterial one which I love •I love using my mum’s homemade soap so much. She makes ones in different shapes, scents & colours. My favourite is the cat shaped lavender bar 🐱 - What’s your favourite eco-friendly swap? 💚 - #ecofriendlyswaps #sustainableswaps #ecofriendlyblogger #sustainableblogger #ecoswaps #wilddeodorant #whogivesacraptoiletpaper #oceansaverdrops #oceansaver #homemadesoap #reusablemakeuppads #reusablewaterbottle #sustainableliving
View on Instagram |
5/10

envirolineblog
•
Follow
Happy Earth Day! 🌍 - Here is some of the beautiful nature and wildlife that I’ve seen recently 🌸 if you get a chance this weekend, go outside and look for butterflies. There are quite a few species out now so hopefully you’ll see one or two🦋 - #sustainableblogger #wildlifeblogger #natureblogger #aprilwildlife #bournemouthblogger #cheltenhamblogger #aprilbutterflies #orangetipbutterfly #peacockbutterfly #speckledwoodbutterfly #earthday #earthdayeveryday #earthday2022
View on Instagram |
6/10 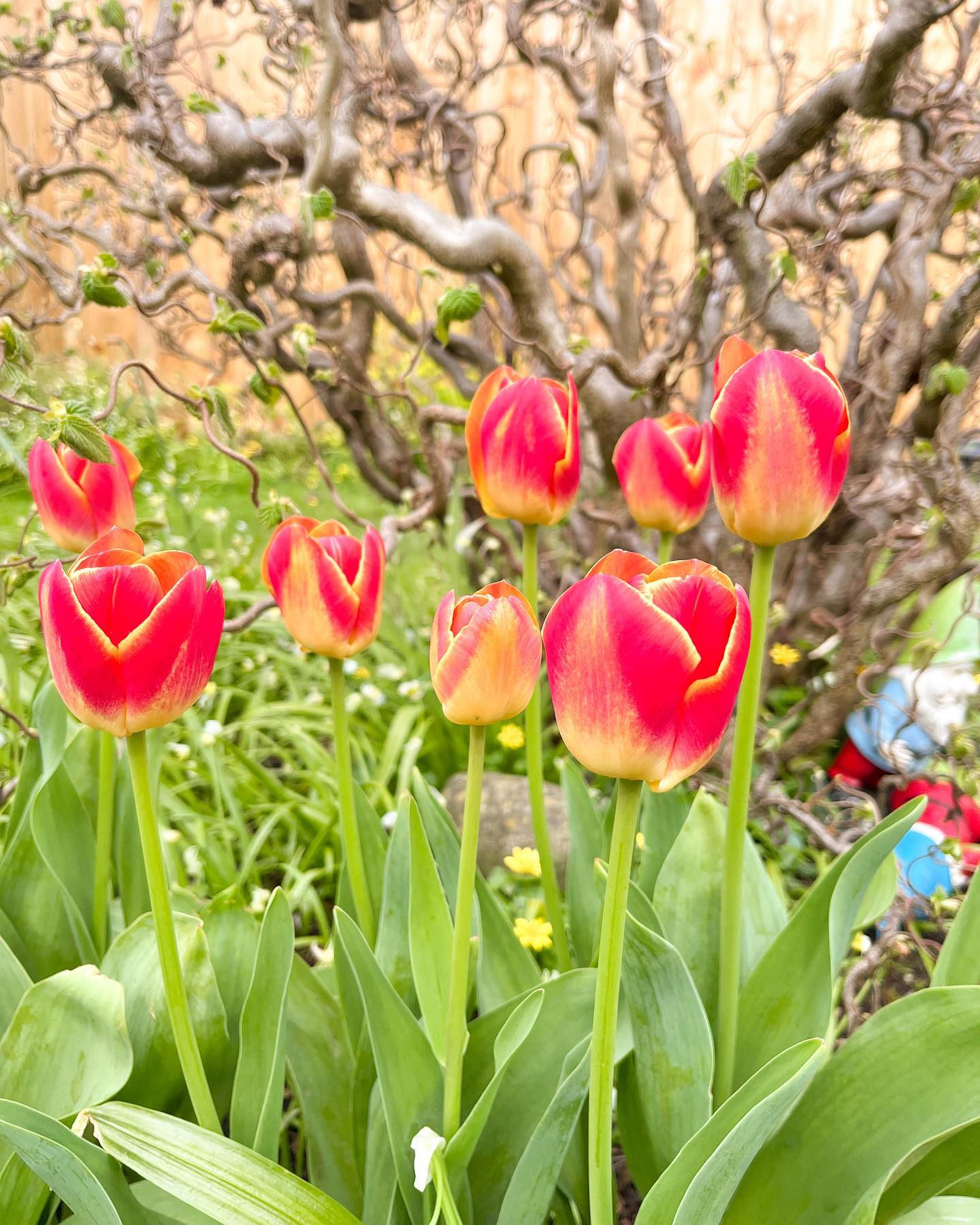 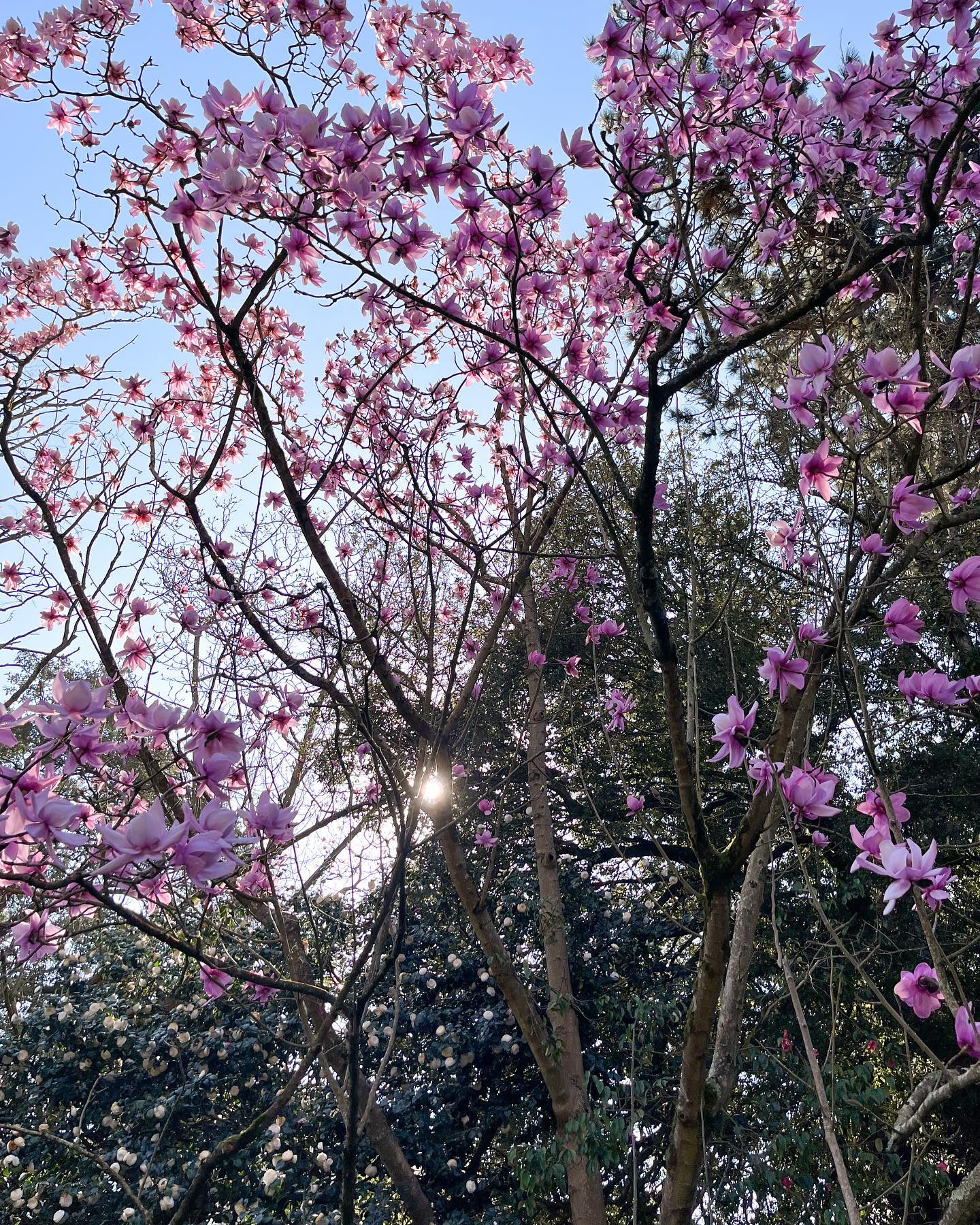 envirolineblog
•
Follow
Happy April 🐰 - I took this photo in Bournemouth central gardens a couple of weekends ago 🌸 A blog post on April wildlife to spot in the UK went live yesterday ~ have a read when you have time 🦋 - What is your favourite spring flower? 🌷 - #natureblogger #happyapril #newmonth #springflower #springtree #magnoliatree #naturephotography #wildlifephotography #ecoblogger #sustainableliving #bournemouthblogger #bloggersunder5k
View on Instagram |
9/10 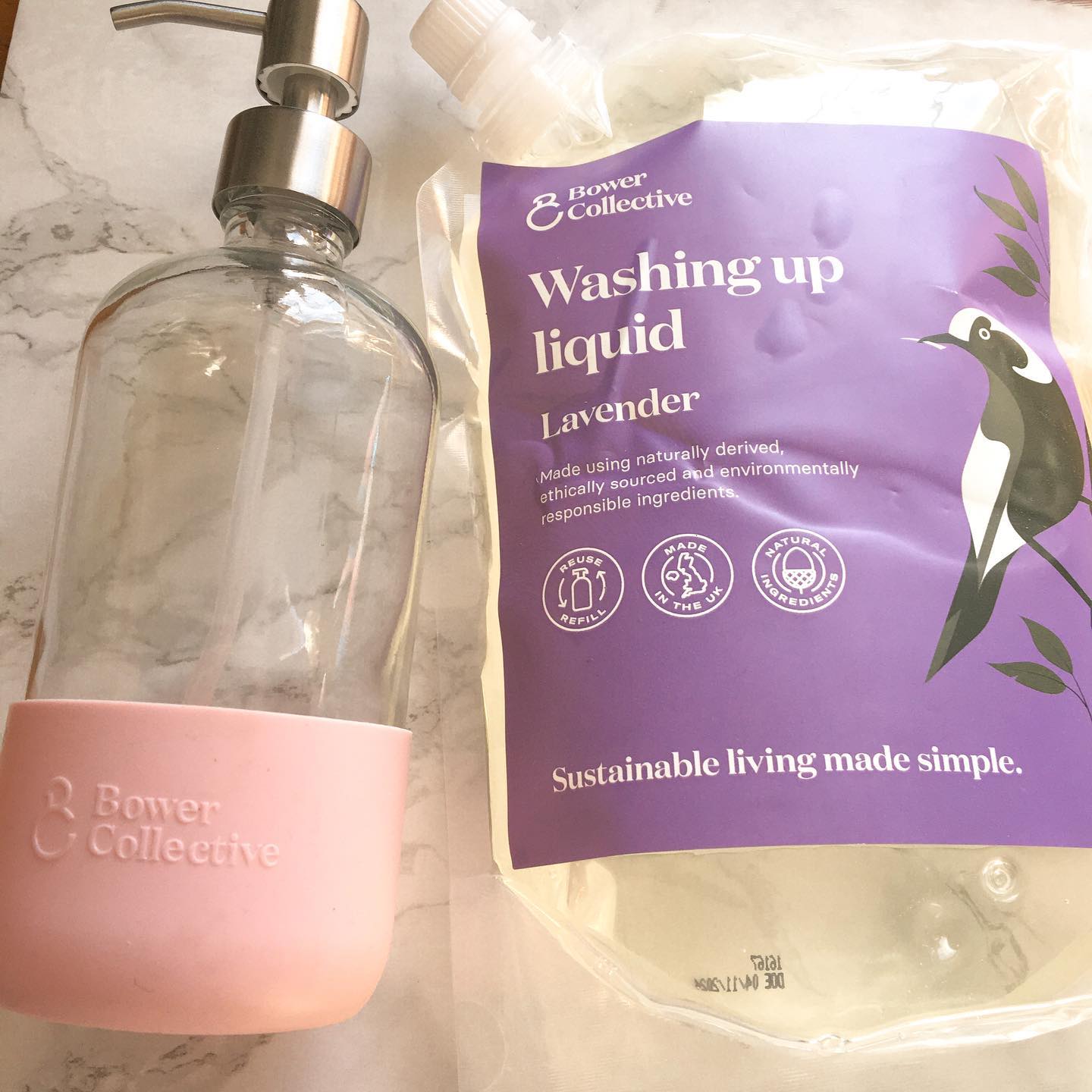 envirolineblog
•
Follow
Check out my review of @bowercollective ‘s lavender washing up liquid new to my blog! - They currently have an amazing deal where you can get £15 off with orders over £20 & a FREE Tony’s Chocolonely bar! The link is in my bio 🎉 - #sustainableblogger #bowercollective #ecowashingupliquid #sustainableswaps #ecoblogger #ecofriendlyblogger #newblogpost #ecofriendlyproducts #bournemouthblogger #sustainability #sustainableliving #cheltenhambloggersuk #cheltenhamblogger
View on Instagram |
10/10
We use cookies on our website to give you the most relevant experience by remembering your preferences and repeat visits. By clicking “Accept All”, you consent to the use of ALL the cookies. However, you may visit "Cookie Settings" to provide a controlled consent.
Cookie SettingsAccept All
Manage consent