You are here: Home / Blog posts / ED recovery / What I think about putting calories on menus 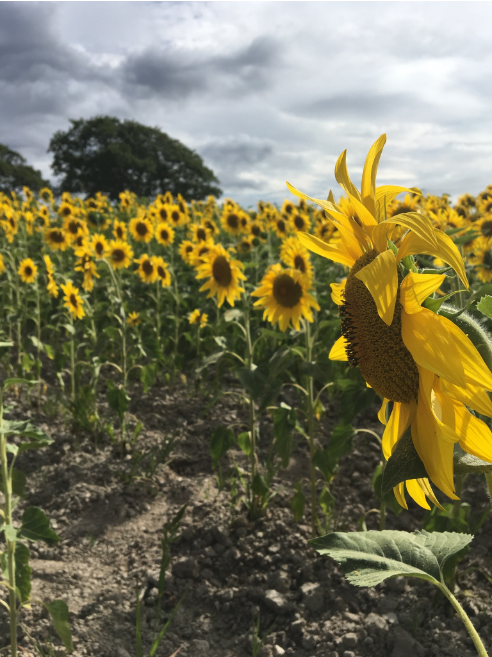 I have tried to write this post so many times in the last few days but I’m just so angry that the government would even consider putting calories on menus that I’m struggling to put it into words!

The issue of obesity has been a problem for decades and calories are already on food packages, which is triggering enough, so I don’t see why putting them on menus will make a difference?!

McDonald’s and Weatherspoons already have calories on their menus and they haven’t made a difference so what’s the point of adding them to even more menus. This is literal evidence that displaying the number of calories won’t make any difference to the obesity issue.

There are greater factors contributing to obesity that the government aren’t doing enough about such as stress, poverty, chronic illnesses and mental illnesses.

Picture this, you’ve just worked a ten-hour shift, 8am till 6pm. You haven’t had any time in the day to go out shopping for fresh groceries and you have a strict budget on what you can afford. It’s natural to go for the cheapest food, like a ready meal, that you just put into the oven and then eat it. It does take time to actually prepare the ingredients to make a meal from scratch, the last thing you want to do after a long shift is to cook a meal when you can just get a pizza that will be ready in 15 minutes.

Yes, obesity is an issue and can lead to terrible diseases such as diabetes and heart disease but so can eating disorders! By forbidding yourself food, you get a deficit of calories which will result in weight loss, but it isn’t the only thing you will lose out on. Physically, your organs can fail, your heart will beat less and slow down, and you will be much more susceptible to the cold and become ill more often. You will be absolutely exhausted – physically, mentally, emotionally, the lot. You will have a terrible time concentrating because your brain will be starved and will even reduce in size. Did you know that 1 in 5 people with Anorexia Nervosa dies? That figure is far too high and the government aren’t acknowledging it; they’re about to make it a lot worse!

Continue reading: What I think about putting calories on menus

I understand that obesity is a problem in our country and that it costs the NHS but eating disorders cost £15 billion each year and I believe that this number will dramatically increase if calories are added to menus. This is why:

Whether or not you actively think about calories, you will instinctively go for the lower-calorie option. They will become a more common thing and when you are out for a meal with your friends, it will be hard to eat whatever you want knowing that everyone knows exactly how many calories you will be consuming that night. Eating out is meant to be something you do as a special occasion and to actually enjoy the food you are eating. You won’t be having a good experience if you know exactly how many calories are entering your body.

From the age of 10/11 was when I was first self-conscious about my body. I was 12 when I had first heard of calories and that was also around the age that I got my first period. You may be wondering why this is relevant, but they don’t tell you in school that the reason you are gaining weight is A) you’re growing up but B) your uterus grows and needs room for your periods and for when you fall pregnant.

I just thought that there was fat on me that I couldn’t get rid of because I wasn’t good enough at losing weight. This is completely and utterly ridiculous and, at one point I actually believed I was pregnant because I was so concerned about how I looked, when in reality it was impossible and I was underweight.

I don’t even really want to imagine how it would have been if I was at a restaurant and there were calories on the menus at the start of my disorder or when I was trying to recover let alone when I was at the worst / lowest point.

Recovering from Anorexia is the hardest thing I’ve ever had to do and the biggest regret I’ll ever have is ever counting calories, so to think that they may be put on menus is just the worst possible thing. I would like to consider myself recovered now but I still get so so anxious about going to restaurants and deciding what to eat. I genuinely don’t think that I will be able to step foot in a restaurant if the calories were there for everyone to see. I just can’t put myself through that again and risk triggering myself resulting in a relapse. It seems like an impossible challenge and fills me with complete dread. I wouldn’t wish my worst enemy to have an eating disorder, Anorexia completely dictated my life for at least 5 years.

What do you think about calories on menus?