You are here: Home / Blog posts / Nature / July wildlife to spot in the UK 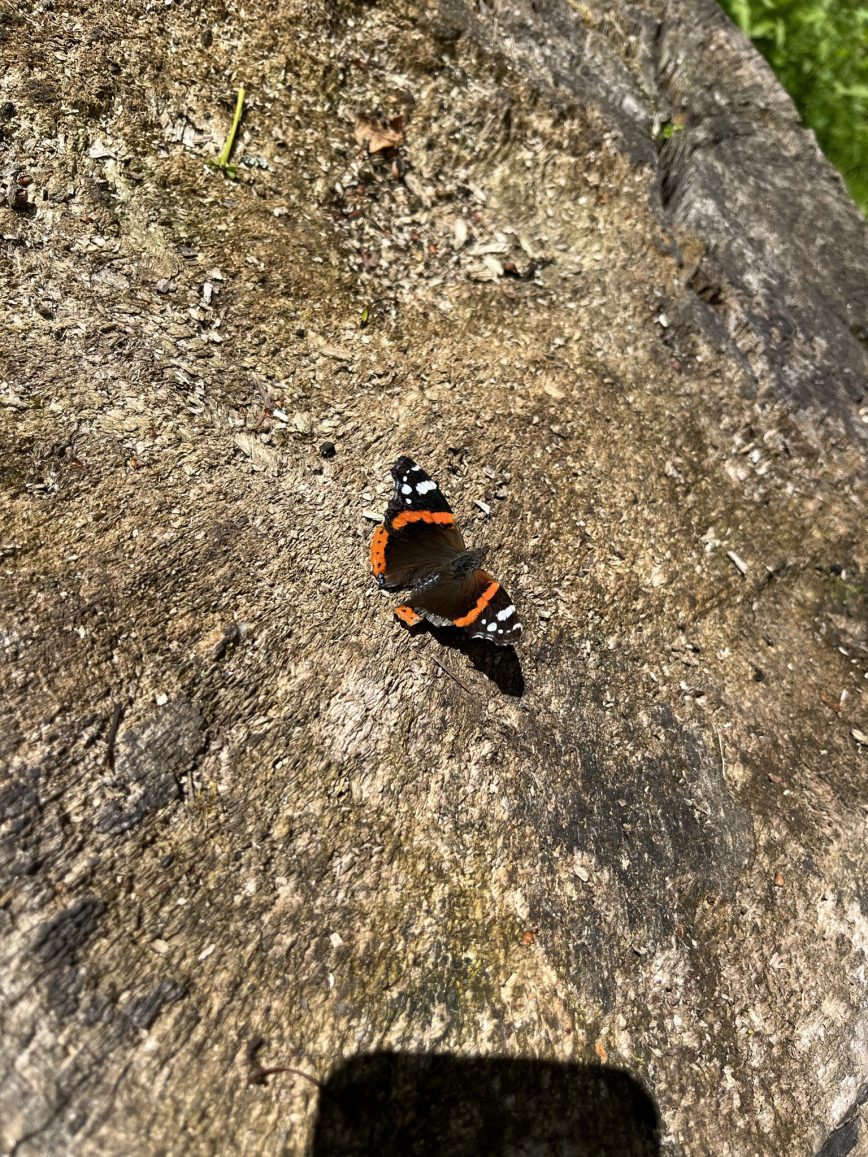 I had to miss out on June’s wildlife post because I was too busy with uni, so I am so happy to be writing July’s wildlife! Butterfly season really is upon us, I have seen lots of Common blues over the past month or two which has been lovely. That being said, the number of butterflies I have seen out and about, not in nature reserves, has definitely been fewer. I hate that the number of butterflies is declining, we need to do more about this! I recently wrote a blog post on how to attract butterflies to your garden 🦋. My parents’ pond is really thriving with wildlife now! There are so many damselflies, a few frogs and even a family of Great Tits that love to bathe on the mini waterfall. It is the cutest thing ever. Anyway, here is some of the July wildlife to spot in the UK.

In mid to late-summer, the number of birds seen in gardens decreases because there is better quality food in the countryside, in the form of berries and nuts. However, there are some latecomers and other birds that are here all year round.

The Marbled White butterfly is black and white, displayed as a chequered type pattern. They do well in many habitats including rough woodland, coastal paths, chalk downland, disused railway tracks and roadside verges. Marbled Whites are happy with a variety of foodplants and nectar sources, but they particularly like the Common Knapweed. They have quite a short flight period, being spotted from mid-June to mid-August. You can see them in the south of England and have started to spread east and northwards. Most butterflies lay their eggs on the caterpillar food plant, however, the Marbled White lays them on the ground.

Continue reading: July wildlife to spot in the UK

So far this year I have seen 2 Painted Ladies, but I’m hoping to see more in July as they have 3 broods during the summer/autumn. Their first brood was from late April to mid-June, and their second brood will be from July to mid-September. Their final brood is October, but numbers are very reduced then because they much prefer warm weather to the cold and raininess of Britain. You can find them in all of England and Wales, parts of Ireland and Scotland. Their preferred foodplant is Thistle, but are happy with Mallows and Nettles.

The Comma butterfly looks a bit similar to the Fritillary family, as it has similar flight speeds and markings. You can see it in woodlands, orchards and gardens – I actually saw two yesterday! Adults are alive all year but hibernate so are first seen in March/April. Commas mate during the spring and then the butterflies come out during early summer. The new butterflies mate and produce butterflies during August/September.

The Large Skipper butterfly is the most widespread butterfly of the Skippers. You can spot it in most parts of England, as it expands further north. They have one brood, their first appearance is in late May/early June and they are there until August. As with most butterflies, they love wildflowers so they often visit gardens. Large Skipper caterpillars hibernate in a strong cocoon made from grasses and silk which emphasizes the importance of not cutting grasses so short!

Other butterflies in July:

Which July wildlife are you looking forward to spotting?