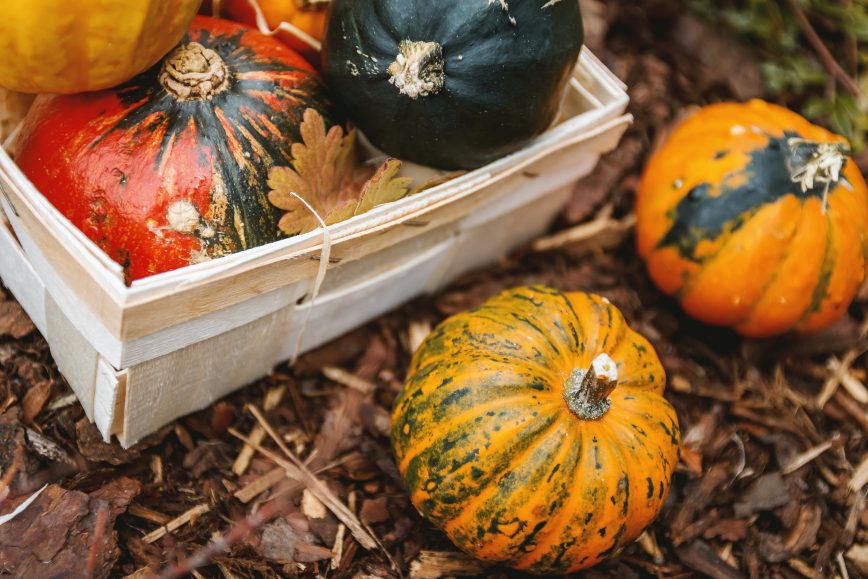 Can you believe it’s already the middle of September? Despite this, I am going to be sharing the UK’s seasonal fruit and vegetables in Autumn. Technically it isn’t Autumn until the 21st of September, but I like to think it’s Autumn on the first. Mainly because Autumn is my favourite season, and I look forward to sharing more eco/nature autumnal-based blog posts. What are some things you are looking forward to doing this Autumn? I am very excited to make pumpkin spiced cupcakes after discovering my love for them last year. I’m not really a fan of Halloween but I want to try and watch at least one Halloween film.

Make sure you have read my September advertiser’s post, which has some brilliant bloggers there. You can read my spring and summer seasonal fruit and vegetable posts.

(Featured photo by JESHOOTS.COM on Unsplash)

What is the difference between eating seasonally and organic food?

Organic and in-season is something I think a lot of people get confused with, I used to myself. But they are really not the same. The thing that they have in common, is being better for the planet and ourselves.

Organic – Something that is produced organically means that pesticides haven’t been used. They are often much more expensive in supermarkets, but overall they taste much better and are healthier for you.

Seasonally – Eating in season means that is when the food would naturally be at its peak.

What are the benefits of eating in season?

The month of pumpkin carving, roasted vegetables and cosy meals!

As it gets towards the end of Autumn and near Winter, there are fewer fruits in season.

Which fruit and vegetables in season in Autumn are you most looking forward to?