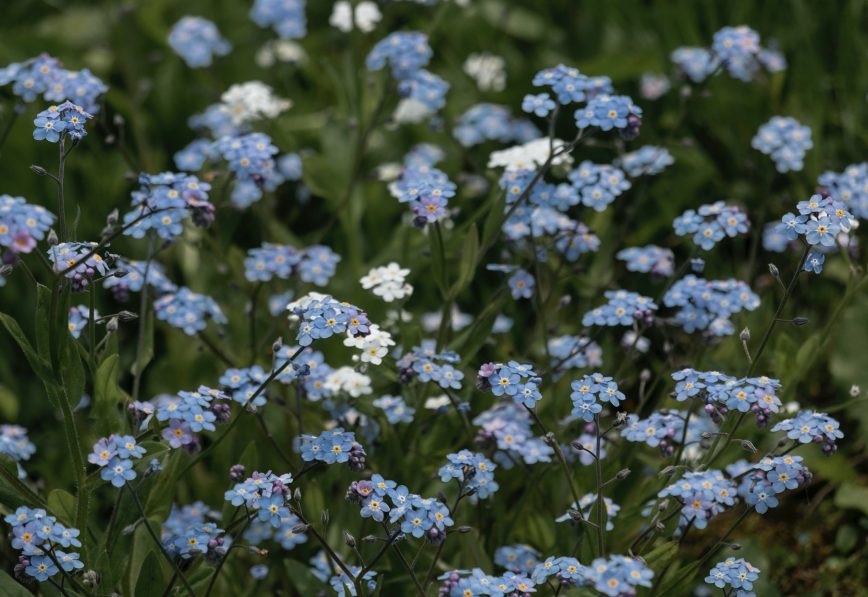 We are at the end of the month which means it’s time for April wildlife to spot in the UK! I really enjoyed writing the one for March and I received really positive feedback, so it’s great that you are loving it too. In March I saw a couple of Brimstone butterflies and a peacock, along with a variety of birds and even bumblebees. This month there should be even more wildlife to spot as they awaken further with the flowers coming out.

A House Martin is a small bird with bluish-black upperparts, white underparts, rump and feathers. It will spend the majority of its time searching for insects to prey on. After spending their winters in warmer countries, they are beginning to migrate to the UK as the temperature warms. You can find House Martins in farmlands, wetlands, suburban and urban habitats.

The Swallow is a small bird with a dark blue back, a red throat, pale underparts and a long tail. They spend most of their time in flight, hence the agile long tail. They are migrant birds which means that they fly south for the cold UK winters and then spend the rest of their time in the UK. As the UK becomes warmer, migrant birds start to fly over ready for the breeding season to begin. Swallows eat a range of small invertebrates whilst flying and are found in grassland, wetland, farmland, upland, urban and suburban habitats.

A Willow Warbler looks very similar to a Chiffchaff, as they are small greyish-green backs and cream underparts. It has a yellowish throat, chest and stripe above the eye. The Chiffchaff has a slightly darker chest and their song is much different. Their diet consists of a variety of insects and spiders, along with fruit and berries in the autumn. They are found in woodland, grassland, heathland, urban and suburban habitats.

The image above is a male Redstart.

Male Redstarts have grey upper parts, black wings and face, orange chest and rump, along with their striking reddish-orange tails. Female and young Redstarts are browner in colour, with a cream chest but still the reddish-orange tail. They don’t spend much time on the ground, with their favourite places being in oak woodlands and hedgerows. Their diet consists mainly of insects, in particular spiders and worms, as well as berries.

Other garden birds found in April:

The Large White is a common butterfly and one that is easy to identify. It is also known as a Cabbage White (as is the Small White) because it often flies over cabbage patches on allotments! The females are recognised by their two black dots and dash on each wing.

The Holly Blue butterfly looks very similar to the Common Blue, but Holly Blue has a pale blue underside with small black dots, as the image above shows. It is the first blue butterfly to emerge in the spring, which makes it slightly easier to identify! The holly plant is its favourite, hence it’s favourite, so you might find them gathering there.

The Speckled Wood butterfly’s appearance changes from north to south which has led to an increase in subspecies – pretty cool, right?! It is found mainly in woodlands, shrub areas, hedgerows and slightly damp areas with some shade. They prefer to feed on the honeydew in trees and are rarely seen feeding on flowers.

As we get further into the spring months, more and more flowers are coming into bloom! Such a beautiful time of year.

Nothing says spring like a tulip does! You have probably noticed on my Instagram that I absolutely LOVE tulips, they instantly brighten up a room. There are so many different kinds of tulips, from the ones we see all the time to the parrot and fringed ones.

Forget-Me-Nots are such beautiful flowers, though are commonly an arable weed! They best grow on cultivated land, roadsides, waste grounds and dunes.

Garden Anemones are poppy-like flowers normally pink, red, white or purplish-blue in colour. These flowers are stunning and attract plenty of butterflies alongside them! They are typically seen in late April, May and June.

What April wildlife are you looking forward to seeing?

envirolineblog
•
Follow
1 week since my placement finished at @four_acre_farm_csa 😢🌱 - Honestly had the BEST time there. Being amongst nature and wildlife all day is so healing. It also made me realise how much I love gardening and picking! I’m hoping to start a gardening society at uni 👩‍🌾 Weeding especially helped my mental health I think 🦋 and I loved seeing the butterflies & bees flying about. - #fouracrefarm #wildlifephotography #wildlifeenthusiast #lovewildlife #natureblogger #wildlifebloggers #uniblogger #bloggersunder5k #gardeningheals #naturementalhealth #healingnature #mothsofinstagram
View on Instagram |
2/10 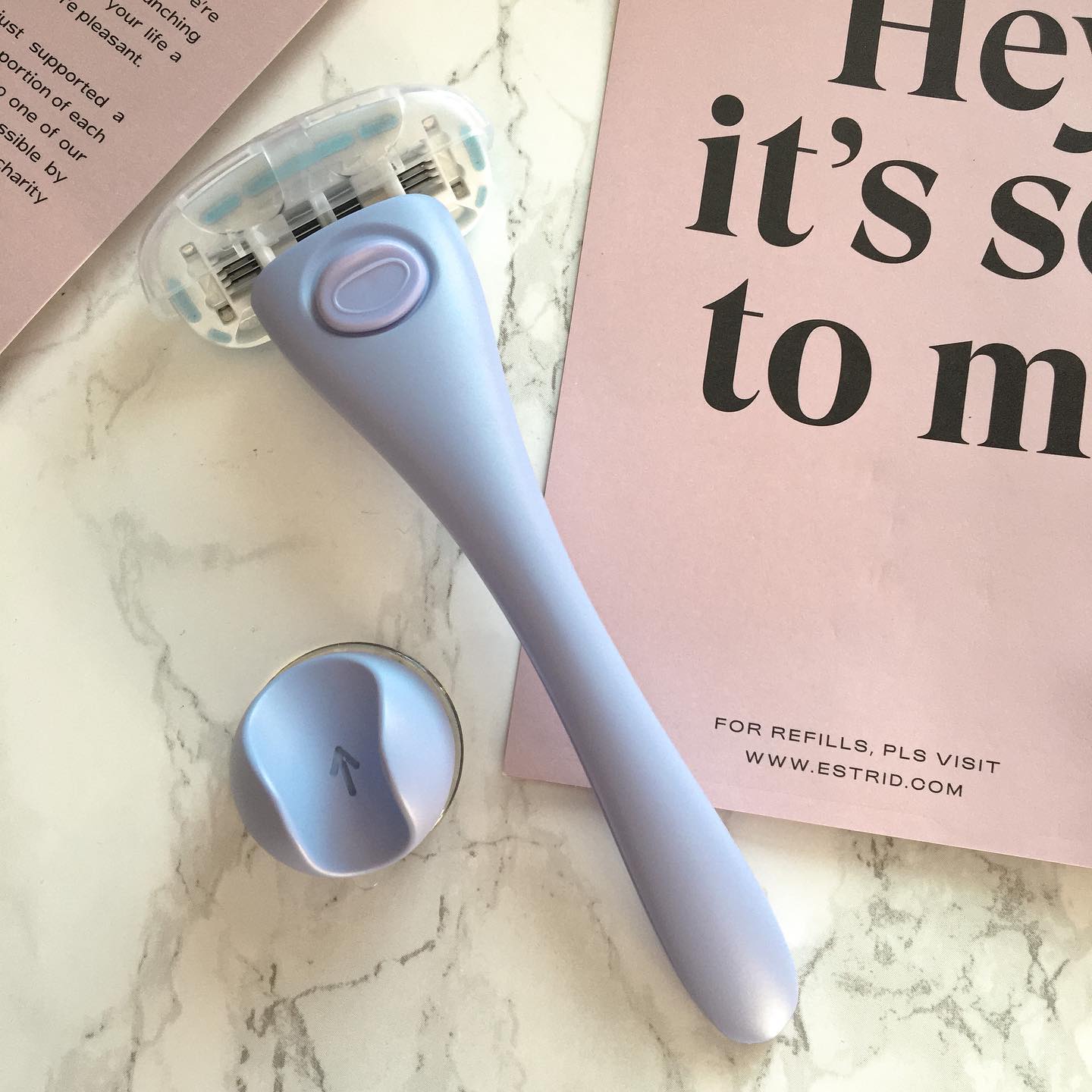 envirolineblog
•
Follow
AD/PR Product but under no obligation to post | I recently posted my review of the Estrid razor on my blog 💜 In a nut shell, the good things: ✅ • stainless steel handle & wall holder • vegan & cruelty free lubricating strip • recyclable packaging • offset transport carbon emissions The not so good things: ❌ • no recycling scheme for the razor or plastic case that contain the razor heads But I think it is coming, so overall 3.5-4⭐️ - #sustainability #sustainabilityblogger #ecoblogger #estridrazor #dorsetbloggers #ecolifestyle #plasticfreejuly #plasticfreejuly2022 #sustainableswap #sustainableswap #ecoswap #estridreview
View on Instagram |
4/10

envirolineblog
•
Follow
A couple of placement pics 🌱 - I have been loving my time on placement at @four_acre_farm_csa 👩‍🌾 It has made me realise that I definitely want to career working outside, rather than in an office. It’s so healing to amongst nature 🦋 (To see what I’ve been up to, follow me on TikTok! @/envirolineblog) - #natureblogger #ecoblogger #studentonplacement #student #envscistudent #bournemouthstudent #bournemouthblogger #dorsetblogger #garlicharvesting #garlicplait #summerplacement #gardening #nodig #sustainabilityblogger
View on Instagram |
6/10

envirolineblog
•
Follow
The amount of litter on the beach after a hot day is disgusting! I don’t know how people can think it is acceptable to leave their rubbish 💔 - We managed to pick over 5 bags of litter, but there was so much more around. A group of men next to us left all of their litter. We picked it up and took it to the bin, which they were standing next to. Why could they not have taken it themselves? - As you can see from the first pic, there were so many seagulls surrounding the litter, trying to get food & they could easily mistake litter for food 😢 It is bound to be swept further into sea which will harm other poor animals 🐬🦀 - A 2 minute beach clean goes a long way, imagine if everyone did that? Next time you see litter, please take 2 minutes to pick some up! 💙 @2minutehq - The weather is so nice at the moment, but please don’t hurt the environment by leaving your litter. If you are bringing stuff to the beach, remember to bring a rubbish bag. Leave only footprints 👣 🌊
View on Instagram |
7/10

envirolineblog
•
Follow
My plastic free july swap is @smolproducts laundry capsules! I chose this swap because I’ve ran out of what I was using before so thought this would be perfect. - My full review will be up on my blog tomorrow, but one thing I will say is the scent is lovely 😍 Sometimes I find eco products are fragrance free which I don’t really like, but the laundry capsules have a clear clean laundry smell 🧺 (you can buy fragrance free if that’s what you prefer!) Also, with Smol you can get a free trial where you only have to pay postage - for me that was £1 🥳 - #smol #smollaundrycapsules #smolproducts #smolreview #ecoproducts #sustainableswap #ecofriendlyswap #ecoblogger #ecofriendlyblogger #sustainableblogger #bournemouthbloggers #cheltenhambloggers #plasticfreejulyswap #plasticfreejuly
View on Instagram |
8/10

envirolineblog
•
Follow
So many pretty flowers out at the moment 🌸 - My favourites are cornflowers and sweet peas! I’ve been enjoying going on walks for #walkforendo and finding pretty wildflowers to take photos of! - #wildlifeblogger #ecoblogger #wildflowerphotography #cornflowers #cosmos #plantwildflowers #natureblogger #bloggersunder5k #microblogger #wildlifephotography #naturephotography
View on Instagram |
9/10

envirolineblog
•
Follow
Plant cucumbers with me! Homegrown cucumbers taste so much nicer than supermarket ones, so I hope this works 👩‍🌾I bought this biodegradable seed pod thing from Asda for only 99p 😍 Once it grows a bit, I’ll thin the seeds and then repot it 🌱🥒 • #ecoblogger #growyourown #gyoveg #cucumberseeds #plantwithme #homegrownveggies #sustainableblogger #natureblogger #gardening #greenerliving #greentherapy #gardeningtherapy
View on Instagram |
10/10
We use cookies on our website to give you the most relevant experience by remembering your preferences and repeat visits. By clicking “Accept All”, you consent to the use of ALL the cookies. However, you may visit "Cookie Settings" to provide a controlled consent.
Cookie SettingsAccept All
Manage consent