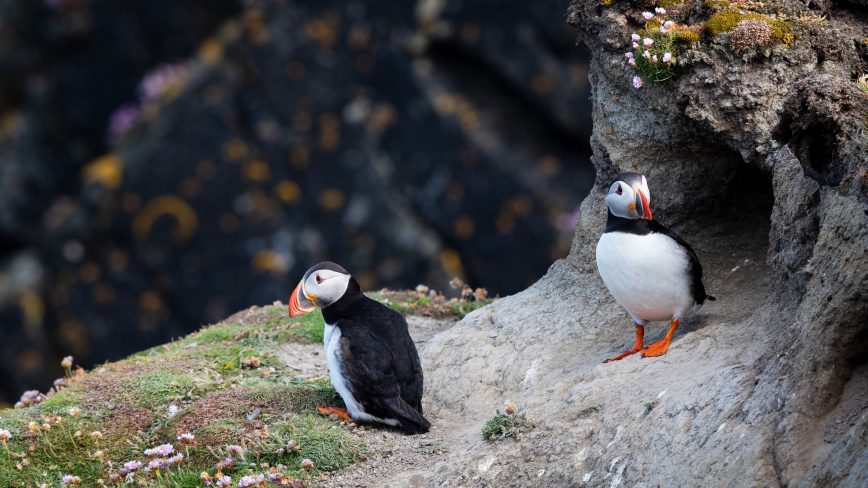 I am so excited to share today’s blog post which is in collaboration with the Climate Change Collective! The Climate Change Collective is a collaboration put together by Michelle from Boomer Eco Crusader and Jamie from Jamie Ad Stories. They came up with the idea and invited other bloggers to share posts on different parts of climate change. Each month, a different blogger writes their post. For my post, I am sharing how climate change impacts animals.

As you can probably tell through my blog posts, I love animals and I am so passionate about conservation. I have been passionate about animals for as long as I can remember. I just think it’s so unfair that animals are forced to adapt, or potentially not survive because of the actions caused by humans. Animals were the reason I wanted to study Environmental Science at A-level and now at University. And in September 2023, I am going to be studying for a master’s in ecology/conservation which I am so excited about!

Temperature rise has so many awful impacts on animals because each species have a specific range of tolerance. If their habitat no longer has those qualities, then the animal will have to move or will die out. This can be very hard because not all ecosystems change temperatures at the same time. If one species moves to another ecosystem, its new ecosystem might not have food or shelter. This can really unbalance the ecosystem because a stable ecosystem has competition for resources and predators. One species could become overpopulated, which affects the rest of the ecosystem.

Due to the rising temperatures, the places which already have natural disasters are likely to be stronger and more frequent. Places that don’t usually have them will start to get them as well. Not only does this have an impact on people, but also animals as they aren’t adapted to survive or cope in natural disasters. There have been a lot of wildfires lately, which have had a huge impact on animals. The trees are burnt down, and it spreads so fast that they have no time to migrate. And like with anyone, extremes result in a lot of stress which could lead to early mortality.

Sea temperatures have similar effects as I mentioned earlier with habitat changes. The ocean is still a bit of an unknown, with only a small percentage that has been discovered. We need to conserve it because there are so many possibilities for new medicines! Coral reefs are affected by the temperatures rising as they become bleached. This, in turn, affects lots of other species because they are so heavily relied on.

Phenology is the timings of animal and plant yearly cycles. As the climate changes, these timings change too. For example, birds are starting to breed earlier because the peak insect abundance is happening sooner. This puts added pressure on birds to mate earlier than normal.

Animals rely on environmental cues, specifically for timing and migration navigation. Some animals are staying in one place instead of migrating because the temperature is warmer all year round. Migrating has lots of benefits, the main one is that they are less at risk of catching infections and diseases. Since they don’t stay in one place for too long, they are less likely to be contaminated. For example, there has been a reduction in the amount of Monarch butterflies migrating. Studies have shown that there are more butterflies with an infection that don’t migrate than ones that do.

Plants are flowering sooner as the temperature is warmer, has anyone else noticed flowers blossoming now? I’ve seen some and it’s quite worrying considering we are going into winter!

Sea level rise is causing countries and land to become submerged. Obviously, countries that are submerged, are a huge issue for humans with thousands of people being displaced, especially with the rising population. There are major consequences for animals who nest on beaches, such as turtles and seals. If beaches disappear, there won’t be anywhere for them to reproduce which is incredibly worrying!

Ice caps melting have a lot of devastating effects. Firstly, animals that live in the poles and directly on ice hugely suffer. They have a smaller habitat, and can’t just move somewhere else if there’s no ice left. Imagine if the ice cracked and created such a gap that a polar bear couldn’t go back to its family – so heartbreaking!

Secondly, as the ice melts the albedo decreases which is bad because less sunlight is reflected back into space. As the ice caps and glaciers melt, there are more dark surfaces which means that more sunlight is absorbed, and less is reflected. This is like a neverending cycle because the climate becomes warmer as the albedo decreases. White walls are common in hotter countries because they reflect more sunlight back into space and keep the surrounding area cooler.

A lot of animals are already on the IUCN red list and are endangered. With all of these awful impacts on wildlife, these are likely to increase and for extinctions to occur.

I can’t write all of the species that are affected by climate change, or we would be here all day! But I am going to share a few that I think are very interesting, and maybe ones you aren’t aware of.

Sea turtles are affected by terrestrial and aquatic temperature rise. This is because the sex of the sea turtle is to do with the beach temperature during egg incubation. When sea turtles lay their eggs, the gender is determined by the temperature of the sand. The lower-temperature eggs will become males, and the higher temperatures are females. With the rising temperatures, more females are expected to be born which creates an unbalanced population and reduced genetic diversity.

Snowshoe hares are generally found in mountain ranges with boreal forests. They have an adaption which causes their fur to change to white when there is snow around. Their fur coat changes to brown when the snow melts. Climate change will affect this species of hare because snow is likely to melt earlier. This leaves them in stark contrast to their surroundings which makes them very vulnerable to predation. A reduction in the snowshoe hare will have consequences for other species that rely on them, such as lynx.

Atlantic cod have been the source of overfishing for decades, especially juveniles. This has caused them to be unable to reproduce enough numbers in some places. But now climate change will impact them as well. As the ocean temperatures rise, their source of zooplankton reduces leading which puts their development at risk. This means they have less energy to swim to find new food, avoid predators and reproduce. Furthermore, warmer seas can lead to young fish going into deeper seas too soon, which increases their predation risk.

Puffins are such beautiful birds that we are lucky to see in the UK when they migrate here! But in recent years, fewer birds have been migrating here. Being a bird that relies on fish is tough already due to overfishing. Increasing temperatures mean that the fish they prey on, e.g. Sandeel, are moving further away. This results in puffins having fewer fish to find, which in turn impacts the number of birds suitable for reproduction.

A lemming is a small Arctic rodent species that live in the tundra biome. Like the Snowshoe hare, lemmings are white during the winter so they camouflage well with their surroundings. They rely on snow for nests which they make on the surface or under the snow. This protects them from their long list of predators, such as foxes and owls. With climate change reducing snow cover, lemmings will be at risk of survival. In turn, their predators will also be at risk.

Other blog posts in the Climate Change Collective:

I hope this blog post has opened your eyes to some of the devastating ways climate change impacts animals. I also hope this wasn’t too sad, I will be posting a blog post on positive eco-related news soon, so stay tuned!